Sometimes, though, we have self-limiting belief systems that can get in our way of being successful (however we define success).  “I’m not good enough” or “I don’t deserve it” limits our ability to achieve what we want.  Too often, these self-limiting belief systems do not even have a basis in reality.  We believe them because we have been telling ourselves these things for years.  This is something that probably most of us need to address, at least at some point in our lives.

I am beginning to realize, though, that belief systems that worked well for us in the past may become self-limiting as our lives change.

The reason I say this is that my husband and I are at the point where we can retire.  We may semi-retire first as there are still things professionally that we want to do.  However, we want to have time to do things we want, like travel, while we are still healthy enough to be able to do them and enjoy doing them.

For example, a friend and colleague recently asked if I would be interested in being a delegate for a professional association.  One of her selling points was “It would look great on a resume.”  Initially I agreed that, yes, it would look good on a resume.  Then I thought a little more.  I no longer need to build a resume.  The question now isn’t whether this will benefit me professionally, will it make money for me, but do I want to do it?  Do I want to take time away from what is most important to me professionally (write books) to do this?  Do I want to take time from personal pursuits (travel) to do this?  The answer was a very easy “No.”

We do not change our belief systems overnight.  It takes time.  It takes effort.  I know I will be working on my change for some time.  And that’s fine.  The important thing is that I am consciously working on it.

Do you have self-limiting belief systems?  Any that have always been limiting and need to be addressed?  Any that may have served you well in the past, but now, not so much? 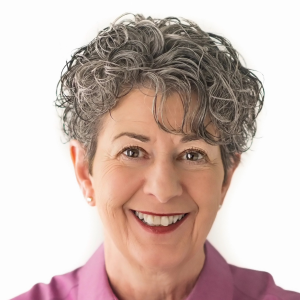 Susan L. Farrell uses her love of learning to inspire women to learn about themselves. She urges them to empower themselves to achieve the lives they desire. Farrell draws upon her experiences as a leader, manager, consultant, coach, trainer, teacher, and business owner to provide ideas to encourage women to think about what they do, why they do it, and do they want to change. Visit SusanLFarrell.com for additional information and products.
All Posts »
PrevPreviousHalloween Thought
NextSoutheast Wisconsin Festival of BooksNext
Scroll to Top